Donegal named the coolest place on the planet
by National Geographic

Donegal is the coolest place on the planet, according to National Geographic Traveller. 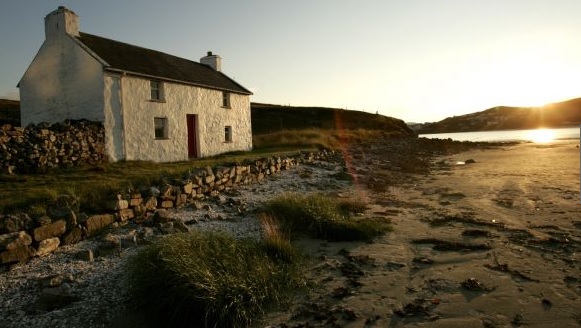 The Irish county tops The Cool List: 17 for 2017, the UK magazine’s annual roll call of places to visit in the coming year, which was headed last year by Iran. The island of Ireland came fourth last year

The list is compiled based on the opinions of a panel of the magazine’s contributors, focusing on “destinations that our writers think are going to be popular next year”, said a spokesman. It appears in the January/February edition of the magazine, which was published on Thursday.

The list enumerates what the magazine describes as “our 17 must-see destinations for 2017” and “the culture capitals, hipster hot spot, wild escapes and places generally keeping it cool in 2017”. Santiago in Chile and Helsinki in Finland fill second and third places in the 2017 list, which was published on Thursday. Greenland, Peru, Aarhus, Canada, Portland, India and South Africa also make the top 10.

Pat Riddell, editor of National Geographic Traveller (UK), had this to say about how Donegal made the list:

“We considered many destinations for our Cool List 2017, but we felt Donegal was in a real sweet spot – off-radar and hard to access, but on the cusp of a breakthrough.

“On the one hand, you have big pushes like the Wild Atlantic Way and the recent visit of Star Wars; on the other you only have to drive a few miles to have a beach or a road completely to yourself.

“It’s a warm-hearted place, but wilderness always feels just a stone’s throw away. And it is wilderness . . . world-class wilderness. We think it’s due a big year.”

Donegal’s “weather-nibbled coast spotted with sea stacks, Blue Flag beaches and offshore islands”, caught the attention of the magazine, which describes the county as “a land that feels undiscovered”. 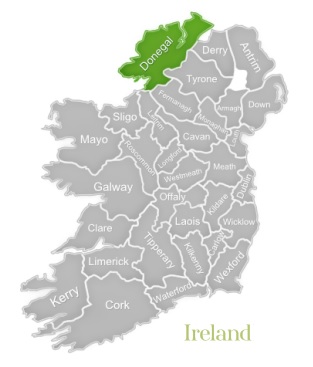 The fact that scenes for Star Wars: Episode VIII were filmed on the Inishowen Peninsula also added to the county’s “cool” factor, according to the magazine. Filming took place in the region in May of this year.

“This area of Ireland is also expecting 2017 to be a big year; there’s an array of reasons to visit, from surfing beaches in Magheroarty and Ballyhiernan Bay to Horn Head – a driving, walking of cycling loop that squeezes the 1,600 mile Wild Atlantic Way into a 4.5-mile nutshell”, says the magazine.

Alex Connolly, head of communications, Fáilte Ireland, said: “Any publicity like this, particularly in a prestigious magazine like National Geographic Traveller will give a boost to tourism. It’s hard to quantify, but we’ve been experiencing growth year on year and it can help people to make a decision to come by bringing Donegal into their sights.

“It’s particularly pleasing as one of our priorities for 2017 is to get greater growth all along with Wild Atlantic Way, not just the areas that are already busy, such as Galway.”

Fáilte Ireland’s director for the Wild Atlantic Way, Orla Carroll said: “One of our key objectives for 2017 will be to boost visitor growth in the north west stretch of the coastal route. We know Donegal is cool and now we’re delighted that the rest of the world is hearing the same.”